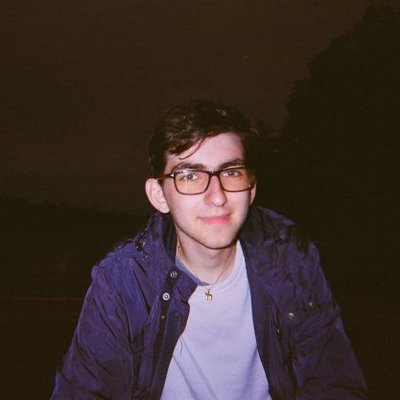 I'm Dov Alperin. I wrote, and currently maintain, the official Fly.io Terraform provider. You don't need Terraform to run scale-to-zero Minecraft on Fly Machines, but it makes configuration and resource provisioning a breeze. I admit I'm totally biased. (It's true, though.) Start at the beginning with Fly.io, or jump right in here.

Running a Minecraft server for friends has become an archetypal first foray into the workings of the Internet. For some it's learning to expose the tender underbelly of a home network to outside connections. For others it's exploring the world of VMs, SSH, and infinite VPS options.

For me, as for so many, a Minecraft server was an early experience of running a "production" web service—one that others consumed and "depended" on. Mine was a DigitalOcean droplet held together with glue and duct tape.

Just a few years of experience (and a gig at a cloud-compute company) later, here's my new take on this: an over-engineered, scale-to-zero Minecraft server running on a Fly Machine.

Imagine this: you're middle-school me and your Minecraft server has picked up a few more Daily Active Users than you'd expected. RAM is running low and the mortification of disappointing your peers is fast approaching as VPS resource utilization creeps up.

You scale the VPS up: more vCPUs, more RAM, smoother gameplay. You are now munching hungrily through the free tier of your hosting provider, or worse, paying money to keep your friends in enchanted boots and rotten flesh. Wouldn't it be awesome if the munching could stop when nobody's actually playing? Even better if the VM could start up again and carry on automatically when someone attempts to connect again.

This is the fundamental idea of scale-to-zero on Fly Machines: shut them down when no one is using them, but start them back up again when the user needs it, fast enough that no one is ever the wiser.

If you don't have Terraform yet, now's a good time to install it.

Set the FLY_API_TOKEN environment variable. The Terraform provider uses this to authenticate us to the Fly.io API:

In a new terminal, open a proxy to give Terraform access to the internal APIs we'll be using. Leave it open:

Create a new directory to work in:

Then let's start our Terraform prep by creating a file called main.tf where we can import the Fly.io provider:

With this in place, run terraform init to set up your workspace.

We are going to create four different resources:

We will use the following assumptions for now:

Add the following blocks to the main.tf we created earlier:

The first block creates the Fly.io app, as you might guess. From there we have blocks that create a 15GB persistent storage volume and an IPv4 address.

Now we get to the meat of it: the fly_machine block. We start off by defining some basics: the machine name, what app it belongs to, what region it should run in, and what image it should run. In this case we use the super awesome minecraft-server Docker image from itzg.

The env block sets environment variables used by minecraft-server for configuration; for example, we're setting the Autostop feature to shut down the VM when no one's been connected for 120 seconds.

The services block exposes port 25565 to the outside world via the IP we defined earlier, and the mounts block connects the previously defined volume to our machine.

You may have noticed the MEMORY environment variable that we set to "7G". A Minecraft server wants a fair amount of memory, and some CPU oomph to match. So we specify vCPUs and 8G of RAM for this VM.

Finally, with depends_on we tell Terraform to make sure the app and the volume are in place before trying to start a VM.

As we configured it here, anyone can join the server. That's probably not what you want! Check out the documentation to find out how to set up an allowlist using environment variables.

This is why the "scale to zero" aspect of this project is so useful, of course! However, any TCP traffic will wake up the machine, including things like port scans. It'll go back to sleep, but the surefire way to prevent it incurring any further costs is to destroy the app. If you're not going to use the server again, you'll want to do this anyway, so you don't have to pay for the storage volume.

Once you have finished tweaking anything you want to tweak in the Terraform file, go ahead and run terraform apply (and confirm when it prompts you) to create all the resources.

Once the command stops running, open up your Minecraft Java Edition installation, head to the multiplayer screen and connect to flymcapp.fly.dev (once again replacing it with the app name you chose earlier) and find a tree to cut down with your fist!

While it defaults to the latest "Vanilla" server, docker-minecraft-server can be configured to run any number of modded servers. Check out the README for configuration options.

Once you have played around for a few minutes, try quitting out of Minecraft and watch the logs on the Monitoring tab of the Fly.io dashboard. You'll see that once the configured timeout is hit, it will shut itself down. Try connecting again, you'll see the machine automatically start itself back up. Cool huh? :)

If you are done with this guide and don't intend to use the server again, go ahead and destroy the app. We have a cornucopia of tools for destruction! Since you created this app with Terraform, you can use terraform destroy; for any Fly.io app, including this one, there's also fly apps destroy; or you can hit the red "Delete app" button under your app's Settings tab in the Fly.io dashboard. Check in your dashboard, or use fly apps list, to check that it's gone.