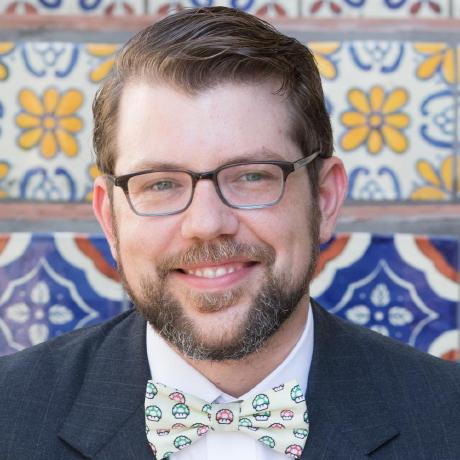 Fly.io runs apps close to users, by transmuting Docker containers into micro-VMs that run on our own hardware around the world. This post is part of the Safe Ecto Migrations series guide. If you just want to ship your Phoenix app, the easiest way to learn more is to try it out; you can be up and running in just a couple minutes.

This is part 2 in a 4-part series on designing and running Safe Ecto Migrations:

Not long ago, deploying and managing Elixir projects was not as straight-forward as today; some might say it was downright painful. Thankfully, since Elixir 1.9, Mix ships with tools to help developers assemble applications for deployment. How you ship that binary to its destination it still entirely up to you, but now it's a simpler and common task!

Before the adoption of pre-compiled releases (thanks to Mix Release and before Mix was Distillery), it was more common to install Elixir (and therefore mix) directly on the server. This meant you would copy your code and use mix to start your application directly on the servers. A significant downside of doing this was the long start-up time for an application. It required it to be compiled before starting and during that time the server was reporting "unhealthy" because the application wasn't started. Pre-compiled releases solve this problem and include other benefits.

Since Mix is a development tool, it isn't included in a runtime release. This creates a challenge because another common Mix operation are creating and migrating databases. Locally for development and testing, you can run mix ecto.migrate && mix phx.server and you're done! With the mix command missing on the server, developers need another way to manage the application's database in production.

On our servers, we need to easily perform the following tasks:

The recommended way to encapsulate these commands is with a MyApp.Release module. This module serves as an entry point into your application for managing release-related tasks.

Here is the Ecto SQL example:

Most of the work happens in Ecto.Migrator, which is great because it keeps our code slim and neat. But, we need to add a little bit to it:

Let's adjust the migrate function to accept options that we can pass into Ecto.Migrator.

When rolling back, it's already a situation where something has gone wrong and you want to reverse some changes. If your application has multiple Ecto repos, running mix ecto.rollback will rollback the last migration on each database. That's probably not what you want! Because of this, you want to be more explicit with this command. The engineers deploying this change should be required to give the specific repo and version to which to rollback.

Before I run migrations, I like to make sure I know which migration the application is going to run next. Locally, you can run mix ecto.migrations to see the status of your migrations. I want something like that on the server that works with releases.

Let's update it for Mix Releases:

A lot of this code is borrowed from the Mix task mix ecto.migrations, but changed to not use the Mix module.

When you run bin/my_app eval "MyApp.Release.migration_status()", you should see something like the following.

What If I Want to Migrate My Data?

Perhaps your database already has data in it and you need to change the data in-place. For example, in a blog system you might have assumed earlier that all the blog posts would be published as soon as it was written. Later, you hire an editor that wants to review the blog posts before they're made publicly available. You decide to add a new column published_at that accepts a timestamp of when the blog post is publicly available. Your new editor now reviews blog posts and when it's ready, they set the published_at timestamp. You already ran the schema migration to add the column, but now you also need to migrate the older data and fill the publishing date on older blog posts. This is where a data migration is helpful. We'll also refer to this as "backfilling" existing data.

To run these migrations in a Mix Release, we'll need a new function that looks in this custom folder for our data migrations.

Now you can manually run your data migrations when using releases like this:

It's time to build your release and deploy it. Wonderful! But wait! Before you start your application, let's ask some questions:

We can inspect the database migration status.

When running bin/my_app eval ..., a separate slim instance of the Erlang VM is started. Your app is loaded but not started. Only the Repo is started, and it's only started with 2 database connections. Since this is a new instance booting, this implies that it will also need the same environment variables as your running application. If you rely on environment variables for the database settings, ensure they're present when running this command.

OMG ROLL IT BACK

Before you roll back, you should consider if there's a safer way to continue forward and fix or work around any issues. I have never needed to roll back the database. I don't mean this as a weird flex (far from it!) it's just that me and many others have found a way around the issue without rolling back.

But that doesn't mean you shouldn't give yourself that escape hatch; so if necessary, the app can rollback using bin/my_app eval 'MyApp.Release.rollback(MyApp.Repo, 20210709121212)'

Next we look through our recipe books for tips and techniques to make our migrations smooth and tasty!