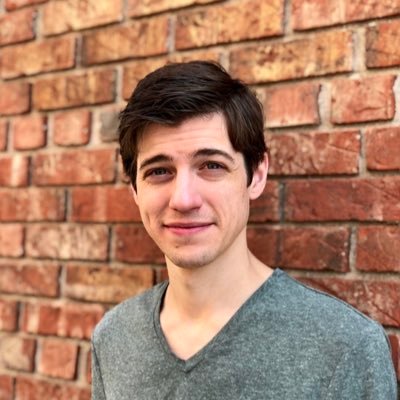 We're working through a backlog of applicants for this role and aren't currently accepting new applications. Please check back in a few months!
Fly.io makes it easy to host applications worldwide the same way a CDN hosts HTML pages. Our users ship us containers, and we transmute them into Firecracker micro-vms that run on our hardware in data centers around the world. The easiest way to learn more is to sign up; if you’ve got a working container now, it can be running in Sydney, Chennai, or Amsterdam in just a few minutes.

We’re working on super fun problems and are looking for more people to join us. In particular: we’re looking for full-stack developers. We expect this will be a good role for early-to-mid-level career developers.

Fly.io’s users interact with us almost entirely with flyctl, our CLI interface. We are a CLI-first team. But our UI and UX work is starting to get more ambitious. And that’s what “full-stack” means here: the parts of our product that users interact directly with, particularly when those parts have user interfaces.

Our UX stack today is a combination of Rails, GraphQL, and some Go (our platform stack is Rust and Go). But a few months ago, we fell in with a bad crowd, and got ourselves a little hooked on Elixir (Elixir is easy to love, but it also really sings on Fly.io). So there’s Elixir in our plans as well; probably more new Elixir than Rails.

We don’t care if you’re a Rails or Elixir expert, or if you have a mile-long resume. All we really care about is whether, if we give you a problem that involves reading or writing some Rails or Elixir code, you can marshal the resources needed to solve it. If that involves having Programming Elixir open in front of you while you type your first ever Elixir symbols into an editor, that’s fine, as long as your work holds up!

The Part Where We Sell The Role

There are lots of different dev jobs out there and different gigs are good fits for different people. Here’s a stab at some things that might indicate this role is a good fit for you:

Some other things you’d want to know about us:

How We Hire People

We are weird about hiring. We’re skeptical of resumes and we don’t trust interviews (we’re happy to talk, though). We respect career experience but we aren’t hypnotized by it, and we’re thrilled at the prospect of discovering new talent.

The premise of our hiring process is that we’re going to show you the kind of work we’re doing and then see if you enjoy actually doing it; “work-sample challenges”. Unlike a lot of places that assign “take-home problems”, our challenges are the backbone of our whole process; they’re not pre-screeners for an interview gauntlet.

We don’t time candidates or look over their shoulders. We’re not interested in gotchas; we want you to show yourself in your best light, and we want the environment you work in to be comfortable and realistic (every one of us has 90 Google tabs open looking up random programming stuff).

As a heads up, here’s some stuff you’d want to be comfortable getting yourself into gear to work on:

Shoot us an email at jobs+fullstack@fly.io. You can tell us a little about yourself if you like. Either way, tell us a short story about the last language or framework you picked up that you didn't enjoy (maybe you like it now, though).

We'll get back to you with an opportunity to connect with us on a call at your convenience (we don't do phone screens, but we will certainly take the time to answer any questions you have) and details about our work sample challenge.